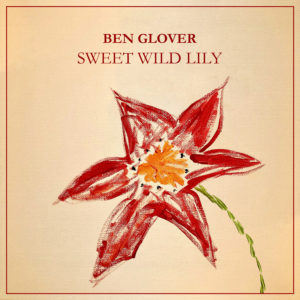 Sweet Wild Lily is the new single from Ben Glover and is the second single from his upcoming EP of the same name, which will be released next month.

“I feel that in the recording of Sweet Wild Lily we dropped into a new sound for me,” says Glover. “It has an alt-country, Americana flavour, that hints at the folk-rock of 1970’s Laurel Canyon. The character of Lily is inspired by a composite of a few people I know. She is trying to find her way back home to herself. Maybe though we all have a bit of Lily in us, I mean, who hasn’t been lost, who hasn’t been entangled by the world, who hasn’t gotten stuck in the story we tell ourselves?”

As with Glover’s recent single, Arguing With Ghosts, the track features Belfast-based guitarist, Colm McClean. Ben says “Colm’s playing hugely shaped the feel of this recording. I recorded the vocals and acoustic in Nashville and sent over to him with a little guidance on what direction to head. As it turns out he didn’t need any guidance at all as he conjured up something really special with the electrics on this.”