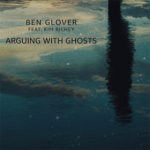 Ben Glover has announced that his new single, Arguing With Ghosts, will be digitally released on September 8. The song was written by Glover, Gretchen Peters and Matraca Berg and is the first single from Glover’s upcoming EP, Sweet Wild Lily, which will be released later in the year.

“We started talking about how the skyline and feel of Nashville have changed so much over recent years, and that conversation sparked the theme of losing a sense of the familiar. The character in the song has experienced personal loss and ruminates about the passing of time, wrangling with the tangible and the intangible,” he says of the song.

Arguing With Ghosts is Glover’s first solo release since his award-winning 2018 album, Shorebound. It features Grammy-nominated Kim Richey on vocals was produced by Glover.