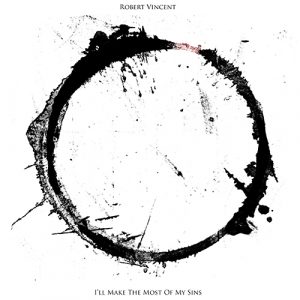 Proper Records are proud to be re-releasing Robert Vincent's award winning album, I'll Make The Most Of My Sins, on 28th September 2018.

Vincent was awarded the UK Album of the Year gong at the UK Americana Music Awards 2018 and in the previous years awards was selected by Bob Harris as the recipient of the Emerging Artist award where Harris commented "I am so impressed with Robert's music. Strong songs laced with blues and country. He is the real deal".

On it's original release back in 2017, the album was described by Country Music People as "an album of carefully constructed songs" in their 5-star review and "a sublime and rewarding journey, which delivers more with every play." in RnR's 4-star review.

Robert was the sensation of the night on BBC Four back in February when to mark 30 years since the legendary Old Grey Whistle Test series was last broadcast he shot straight into the iTunes top 40 following his performance. He has supported Paul Carrack on three full UK tours and has also played alongside the likes of Roger Waters, Squeeze, Shawn Colvin, James Blunt, Justin Currie and Madeleine Peryoux.

Vincent credits his influences to his upbringing where his formative years were spent listening to his father's collection of Emmylou Harris, Charlie Rich and Waylon Jennings albums and his older brothers introducing him to Pink Floyd. These early influences can be detected in Vincent's own story telling style of songwriting. He stirs a range of emotions with songs that, although often melancholic, are never maudlin, the memorable melodies leaving you feeling uplifted.