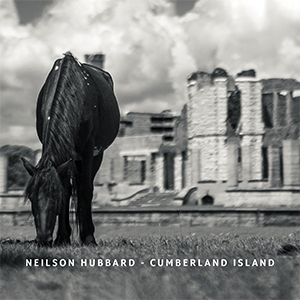 Cumberland Island, the largest of the Sea Islands off the Atlantic coast of Georgia, is ruggedly romantic terrain – much like the album that bears its name, Neilson Hubbard’s first collection of songs for 12 years.

A former Native American settlement, it was colonised by the Spanish, French and English, before becoming a plantation and later a favourite haunt for the wealthy, among them the brother of steel magnate Andrew Carnegie, who built a 59-room castle there. All that remains of that edifice, consumed by fire in 1959, are ruins.

"Excellent songwriting from a mature and reflective writer... This is an entrancing album"
8 / 10 - Americana UK

On 11 September 2016, the day after his wedding, Hubbard took his new wife to this desolate place, and so began the genesis of Cumberland Island. A modest epic recorded in less than a week, it resonates with rustic beauty over tracks that speak of love lost and love found, exalted dreams and broken promises. Hubbard’s vocal delivery is intense, spiritual, a cracked mirror, the melodies woven together from the threads of Americana.

Produced by Hubbard with Ben Glover and featuring a roll call of leading Nashville session players, including Will Kimbrough, Joshua Britt, Eamon McLoughlin and Dean Marold, Cumberland Island resurrects older tracks Save You and How Much Longer Can We Bend, alongside newer material such as My Heart Belongs To You and Don’t Walk Me Through This World On My Own, both of which evoke the hushed intimacy and sagacious profundity of Tom Waits at his most restrained.

Not unlike a certain Bruce Springsteen, Hubbard writes with a cinematic eye when it comes to landscape – hardly surprising for someone who is an accomplished photographer and filmmaker. He and fellow singer-songwriter Joshua Britt helmed the critically-acclaimed documentary, Soundtrack to a Ghost Story, companion piece to an album of the same name by The Orphan Brigade, and the pair also formed a workshop producing videos and shooting stills for John Prine, Jason Isbell, Tommy Emmanuel, Rodney Crowell and The Blind Boys of Alabama.

Originally from Jackson, Mississippi, Hubbard cut his teeth in the early 1990s as part of Spoon, releasing a brace of albums. His next band, This Living Hand, was signed to Counting Crows frontman Adam Duritz’s E Pluribus Unum label, but stalled after their critically-acclaimed debut, Consolation Prize.

Next came Strays Don’t Sleep, a 2004 collaboration with Matthew Ryan which yielded an eponymously-titled video album, winner of the Grand Remi Award at the WorldFest-Houston International Film Festival.

Meanwhile, Hubbard was fast gaining a reputation as a producer, a role he once likened to that of a movie director, explaining, “It’s the artist’s bus, but I’m the one driving it. As we drive, they might want to stop and see everything, but I have to be the one to tell them we can’t.”
Among Hubbard’s many production credits are Glen Phillips’ Mr Lemons, Apache Relay’s American Nomad’ and Amy Speace’s That Kind Of Girl. His modus operandi is to remain invisible behind the console, though his preferred aesthetic is defined by a sense of space and eccentricity.

These days, when not recording as a solo artist or producing other artists, Hubbard is part of the aforementioned country-folk supergroup The Orphan Brigade, with Glover and Britt. Their only album to date, Soundtrack To A Ghost Story, is a conceptual project set during the American Civil War. It was recorded at a haunted house in Franklin, Kentucky.

“If a couple of years go by and I don’t do something like The Orphan Brigade, I get a little crazy,” says Hubbard.

“I think right now I’ve got a bunch of different outlets to express myself.”