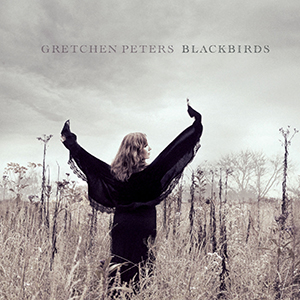 Talking about the nominations on her Facebook page, Gretchen Peters said “Thrilled doesn’t cover it. Thank you The Americana Music Association UK for three nominations for Blackbirds‬!”

The inaugural UK Americana Awards 2016 show will take place at St John at Hackney on Wednesday 3rd February 2016. Tickets for the Awards are on sale now. Accompanying the seven membership-voted Awards will be two special Awards conferred by the AMA-UK Board: The Bob Harris Emerging Artist Award and The Trailblazer Award. The recipients of these awards are set to be announced in the coming weeks.

The forthcoming double-disc retrospective, The Essential Gretchen Peters (due for release on the 29th Jan 2016), will draw on all eight of her studio albums, plus demos, B-sides and other rarities.