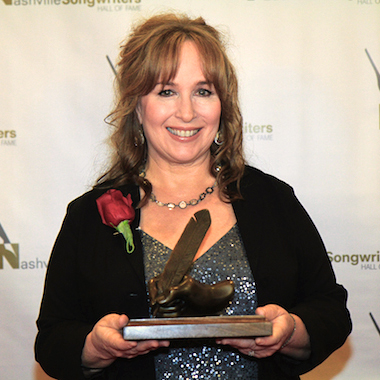 Congratulations to Gretchen Peters who was inducted into the Nashville Songwriters Hall Of Fame on Sunday night during the organization’s 44th ceremony. Other inductees included Tom Douglas in the songwriter category, Paul Craft in the veteran songwriter category and John Anderson as songwriter/artist.

Peters was inducted by Hall Of Fame songwriter Rodney Crowell, while sometime co-writer Bryan Adams sent a congratulatory video message and Brandy Clark performed a medley of Gretchen’s songs which included ‘You Don’t Even Know Who I Am’ and ‘Independence Day’.

Gretchen is set to release ‘Blackbirds’, the follow-up to the 2012 album ‘Hello Cruel World’ in February next year, we’ll bring you more news on the album soon.