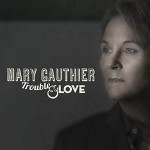 Oh Soul is the brand new video from Mary Gauthier and is taken from her new album ‘Trouble & Love’.

‘Oh Soul’ is an allegorical tale of betrayal, loss and prayer for redemption. The singer finds herself filled with remorse, having sold her soul for something her heart desired. The video was directed by Molly Secours and Julian Chojnacki.

Trouble & Love is Gauthiers first studio album since 2010 and was co-produced by Mary with Patrick Granado (whose credits include Grammys for a Delbert McClinton record he produced and a tribute CD to Stephen Foster), recorded in Ricky Skaggs studio outside Nashville and features the support of Darrell Scott, Beth Nielsen Chapman and Ashley Cleveland.

You can also watch the lyric videos for each song on the new album on YouTube.

‘Trouble & Love’ is available now from Propermusic.com, Amazon.co.uk and iTunes as well as all good record stores.