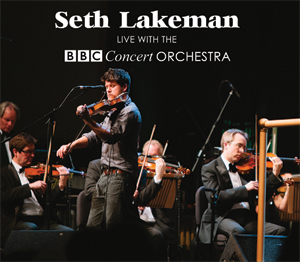 In March 2012 Seth Lakeman played with the renowned BBC Concert Orchestra at Plymouth Pavilions in Devon and an EP of songs recorded on the night is due for release on the 3rd December. This unique pairing brings a whole new dimension and sound to five of Seth’s classic tracks, including hits from Seth’s first Mercury Music nominated album ‘Kitty Jay’ right up to his latest release, ‘Tales From The Barrel House’. It features Blacksmith’s Prayer from his current album Tales from the Barrel House, Kitty Jay the title track from his 2005 Mercury nominated album, Lady of the Sea and King & Country from his gold-selling album Freedom Fields and Changes from Hearts & Minds.

Limited signed copies of both the CD and 10″ versions of the new EP are available now from Propermusic.com.