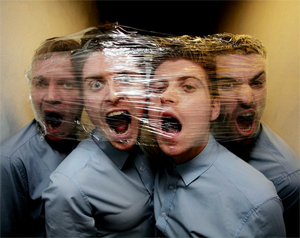 Baddies are a British high energy indie rock band formed in late 2007 and have gained a reputation as “one of the most exciting new bands around” and have been put on par with other rising acts from Southend such as The Horrors, These New Puritans, Scroobius Pip and Get Cape. Wear Cape. Fly. Their debut album, ‘Do The Job,’ was released on 28 September 2009 on Medical Records. Leading up to the release the band played 32 European Festivals in the summer of 2009. The band then embarked on their first tours of Australia and Japan in 2010 and announced the release of their second album, ‘Build,’ in 2011.