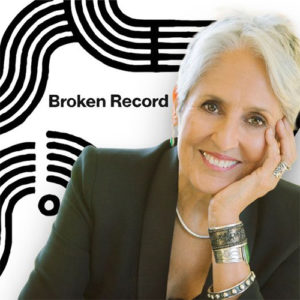 In this conversation, Joan explains why after performing for over 60 years, she recently made the decision to stop singing and turn her attention to painting. She also talks about the time she and Pete Seeger were run out of town by local cops after a performance and getting banned from Brazil for her music.

Joan Baez’s last album, Whistle Down The Wind, was released back in 2018, you can find out more about the album and listen or buy here.