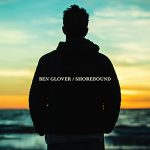 Ben Glover’s Shorebound was released back in May and was described by Country Music Magazine in their 4 star review as “something quietly outstanding… songs that slide effortlessly from the performer into the listener’s ears.” whilst NoDepression said “Shorebound is a remarkable collaboration in which Ben Glover’s natural ability to draw out the individual qualities of each artist has resulted in an album that defines today’s Americana.” Read more of the reviews for Shorebound here.
listen to, download or buy the album here

Mary Gauthier’s Rifles & Rosary Beads (released in January 2018), has been widely regarded as one of Gauthier’s best albums with the Independent saying in their 5 star review “With Rifles & Rosary Beads, she’s created her most impressive and affecting work yet.” and Country Music People saying in their 5 star review “(The songs) are often exceptional and Stronger Together, written with Jennifer Marino, is truly powerful. This is a very good Mary Gauthier album with some outstanding compositions.” Read more of the reviews for Rifles & Rosary Beads here.
listen to, download or buy the album here

About the UK Americana Awards:
The fourth annual UK Americana Awards show takes place at the fabulous Hackney Empire in East London. The awards celebrate the achievements of British and international members of the Americana music community, and will once again be hosted by the legendary broadcaster Bob Harris OBE.

Performances on the night will be from a selection of the amazing nominees. Previous performers have included Robert Plant, Mumford & Sons, Richard Thompson, Billy Bragg and many more.