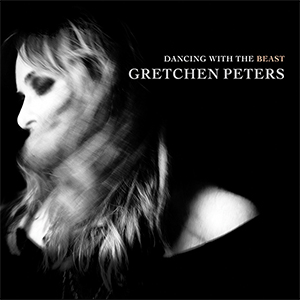 Dancing With The Beast, the new album from Gretchen Peters, which reached number 2 in the Country chart and number 3 in the Americana chart in it’s week of release, has received some wonderful reviews in the press and online.

You can read some of the review highlights below where you’ll also find a recent video of Peters performing Truckstop Angel from the new album for BBC Radio Scotland’s The Quay Sessions.

Dancing With The Beast is available now from Propermusic, Amazon, Spotify, iTunes, Apple Music and all good music retailers.

Listen to the full episode of The Quays Sessions featuring Gretchen Peters on the BBC iPlayer.

“Dancing With The Beast is a strong reminder, should it be needed, of the talents of a singer-songwriter who, now in her sixtieth year, remains one of the brightest stars in country music.”
★★★★ RnR Magazine

“There are songs such as the opening Arguing With Ghosts, Wichita, and Disappearing Act which reek of Gretchen Peters’ class. Disappearing Act in particular sounds like a hit waiting to happen..”
★★★★ CMP Magazine

“..an album of incredible humanity and depth… an immersive, rewarding listen. Like the best fiction, Dancing With the Beast is emotionally true. It’s not an easy listen, but it’s an essential one.”
NoDepression

“beautifully defined and utterly compelling album.. Peters’ ability to give voice to believable characters is unbeatable”
★★★★ The Mirror

“This is exactly the sort of album we’ve come to expect from Gretchen Peters – well written, well performed, pretty much perfect.”
9/10 Americana UK

“It’s a beautifully arranged album… A real accomplishment.”
8/10 God is in the TV

“This record could not have actually been any better, it’s perfection.”
11/11 The Rock Club UK

“This is a wonderful album. If you are a fan, you will love it. If you are new to one of America’s best songsmiths, then it is a great introduction.”
The Afterword

“Once again Gretchen knows in an inimitable way the raw everyday reality that innumerable women still experience in 2018 in interwoven stories to be interwoven into special atmospheric listening songs.”
★★★★ Written In Music

“Dancing With The Beast is a stunning album, and you’d be hard-pressed to find another record that’s quite as poignant in the next 12 months. If there’s any justice, it should clean up come award season.”
★★★★★ Photo Groupie

“Gretchen Peters has delivered another vital dose of country music perfection whose magical songcraft feels entirely personal and yet manages to embrace how it feels to be a woman today. It’s sweet, painful, beautiful, dark, funny and heartbreaking; there is no doubt at all that Peters deserves her place in the Country Music Hall of Fame.”
4 ½ / 5 musicOHM

“This is a beacon”
Folking.com