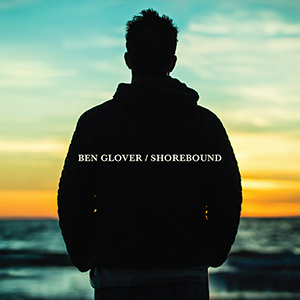 Ben Glover’s latest album Shorebound was released almost three weeks ago and has been well received by fans and reviewers alike.

Playing well with others is something Glover both excels at and enjoys, for the new album he joined forces with friends on both sides of the Atlantic including Gretchen Peters, Ricky Ross (frontman and songwriter from Scottish rockers Deacon Blue), Mary Gauthier, Kim Richey, Angel Snow, Robert Vincent, Amy Speace, Anthony Toner, and others.

You can find some of the review highlights and quotes for Shorebound below, and find the album now on Propermusic, Amazon, Spotify, iTunes, Apple Music and from music shops across the UK.

Update: Jan 2019 – Shorebound wins the UK Album of the Year Award at the UK Americana Awards

“something quietly outstanding… songs that slide effortlessly from the performer into the listener’s ears.”
– Country Music Magazine ★★★★

“Shorebound is a remarkable collaboration in which Ben Glover’s natural ability to draw out the individual qualities of each artist has resulted in an album that defines today’s Americana.”
– NoDepression Read full review

“Shorebound may shift gear from The Emigrant, but it is equally impressive and will direct Glover further into the hearts of the masses.”
– Music News ★★★★★ Read full review

“The resulting recording is one that oozes confidence and skill. The production is assured, the playing excellent and the singing at points very beautiful. This is a worthy piece of work from a class act.”
– Folk Radio Read full review

“Outstanding collaborations and solo songs from fast-rising Northern Irish Americana exponent. ‘Shorebound’ is superbly crafted and establishes Glover in the next phase of his career.”
– Americana UK (9/10) Read full review

“one of the most perceptive songwriters across the borderless roots/Americana scene… there is plenty to wrap your ears around on a monumental record with much pleasure derived from meticulously exploring it.”
– Three Chords and the Truth Read full review

“everyone from Gretchen Peters to Ricky Ross lined up to work with him on his new release. …one of the most magical listening experiences you will have all year”
– Subba-Cultcha Read full review

“‘Shorebound’ is a force of musical nature, a sabre of both light and dark. If water is life then Shorebound is over-flowing with strong, memorable songs – and is a credit to all who contributed. Long may she sail.”
– Folk & Tumble Read full review

“a cleverly written collection that shines from the opening moment to the closing understatement of Keeper Of My Heart.”
– Yorkshire Times Read full review

“The songwriting, as it always has been with Ben Glover, is confident and surefooted”
– RnR Magazine ★★★