Loudon Wainwright III has just announced plans to perform his Surviving Twin show in London next March over 4 consecutive nights at Leicester Square Theatre. Surviving Twin is a posthumous collaboration in which Grammy Award winner Wainwright connects some of his best songs with the writing of his late father Loudon Wainwright Jr, the esteemed LIFE Magazine columnist. The performance is a game of creative catch between son and father, exploring issues like birth, loss, parenthood, fashion, pet ownership, and mortality. “Surviving Twin” has never been previously performed in the UK.

SURVIVING TWIN IN LOUDON’S OWN WORDS 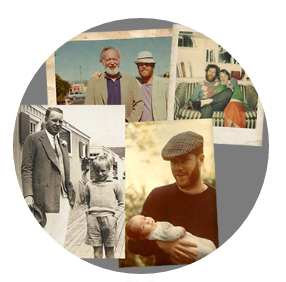 It started in Maine. I was up in Vacationland to do a show and since there were no hotels near the gig that met my primary on the road requirement (windows must open, at least a few inches) I was housed in someone’s cabin. Not really a cabin per se though, since there were modern amenities, among them cable TV, laundry facilities, and a dishwasher. But the place had a cabin like feel to it, with a trace of Cracker Barrel Old Country Store ambience. Deer antlers and a pair of antique cross country skies were mounted on the interior walls and there were black and white photos hanging in carved wooden frames –a children’s Sunday school class from the 1920s and some strapping men with handlebar mustaches assembled in a 19th century logging camp. In the middle of the cabin’s living room was a swaying, upholstered easy chair and on the floor next to it, a magazine rack containing copies of old LIFE magazines. At some point I sat down and pulled out an issue from 1971 with Tricia Nixon on the cover, knowing it was possible that one of my dad’s “The View From Here” columns might be in the front section of the magazine. Sure enough there was one, and not just any old column but one of his best, for my money the very best. It was “Another Sort Of Love Story” a twelve hundred word essay about having to put our family dog John Henry to sleep. I started to read it and was laughing immediately. By the time I got to the pay off at the end of the piece I was sobbing, the perpetual Gordian knot in my gut having been relaxed and released for the first time in God knows how long. Of course I had known the writer, as well as the dog and had loved them both, although expressing that love to the former had always been a pretty tall order for me, practically an impossibility.

The experience in Maine shook me and I decided to find and read all my Dad’s columns. When they first were published in the magazine in the 1960s and 70s I mostly ignored them because having a famous father had been, by in large, kind of a drag. I was the son of the famous LIFE magazine writer Loudon Wainwright. Wasn’t that great? Wasn’t I proud? Those 2 questions always led to a third, which I invariably asked myself: How the hell was I going to top that? 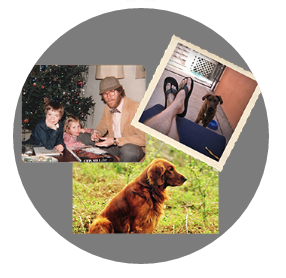 My father’s “The View From Here” columns appeared when LIFE was ubiquitous, on every coffee table in America, way back when there were coffee tables. My father wrote a lot about politics and current events, the big stories of his day, but during my rereading process I quickly realized that my favorite columns of his were the personal ones: the one about having to put the dog down, the fire that destroyed our house in 1966, buying himself a Saville Row tailored suit in London, and visiting his mother for the last time in a nursing home. His political stuff didn’t really grab me when I read it because it was of its own time and that time had passed. I did, however, enjoy Dad’s forays into criticism. Occasionally, in his column he would write about a movie (loved “Dr Strangelove”, hated “ET”) and he took a pretty nasty swipe at Linda Ronstadt’s 1983 re-recording of old standards “What’s New?”. He also relished reporting on the cultural movements of that time, and it’s cast of iconic clowns, be they baseball’s Billy Martin, the hippies, Richard Nixon or the Maharishi. Dad interviewed Martin Luther King and was with press corps traveling with Robert Kennedy when the senator was gunned down at The Ambassador Hotel in LA. He wrote the profiles of the original Project Mercury Astronauts and counted John Glenn and Scott Carpenter among his friends. I remember watching in awe the trim, athletic Carpenter doing back flips off the one meter diving board at The Bedford Golf and Tennis Club pool in the early 1960s. Initially my father, a former Marine, was a grudging supporter of the Vietnam War, but that changed as the conflict worsened and dragged on. In 1969 he and his close friend and colleague at LIFE Philip Kunhardt came up with the daring idea of publishing the photos, names and home towns of a single week’s war dead in the magazine. LIFE had always been pretty middle of the road so this was a radical and provocative move, and it prompted angry letters and cancellations (“You have succeeded in turning the knives in the backs of grieving parents”) but also high praise (Your story…was the most eloquent and meaningful statement on the wastefulness and stupidity of war that I have ever read”). 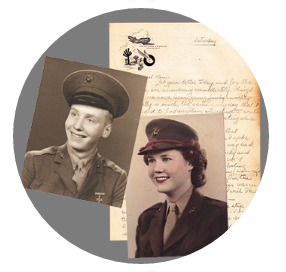 Martha Fay, who lived with my father the last 12 years of his life and is the mother of my half-sister Anna, lent me a collection of letters Dad wrote to his mother when he was in the Marine Corps from 1942-45. Some were typed, but most were handwritten in pencil and pen, and many were blackened and singed from the aforementioned family fire. These letters were a trove of information for me and an important source and starting point for “Surviving Twin”. Dad was just 17 in 1942 but already his abilities as a writer were apparent. He never saw combat in World War II but his observations, fears, and complaints about life as a young recruit are funny, bitchy, moving, and revealing. In the last of these letters to his mother my father cautiously brings up the subject of Martha Taylor, a young woman from south Georgia he has met and fallen in love with. Soon that woman would become my mother.

In September of 2013 Surviving Twin was premiered at Playmakers Repertory Theatre in Chapel Hill, North Carolina and was directed by artistic director Joe Haj. Dad had attended UNC after his stint in the Marine Corps so it was a gas for me to be on the Chapel Hill campus performing his work almost 70 years on. In 2014, after some rethinking and reshuffling, ST was produced at The West Side Theatre in New York City and that was also a happy coincidence, because the producer and director of the show at that point was an old friend and writing partner of my father’s, Peter Askin. The most recent incarnation of Surviving Twin was once again re-imagined and then presented in New York at Subculture in June of 2015. My director and invaluable collaborator for that outing was Daniel Stern. Dick Connette was an associate producer and he has also been my backer and co-producer in the making of the CD that forms part of the Souvenir Programme.

I’ve been performing Surviving Twin for several years now, either in it’s entirety or presenting selected parts of it at my regular gigs. For me this posthumous collaboration, the combining and connecting of my father’s work with my own, has been artistically satisfying, and emotionally powerful. On a good night my long gone old man and I engage in a game of creative catch in front of a paying audience. The two of us are getting along better than we ever have. –LW3 Oct. 2016 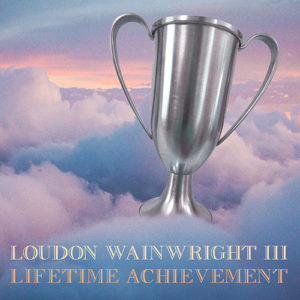