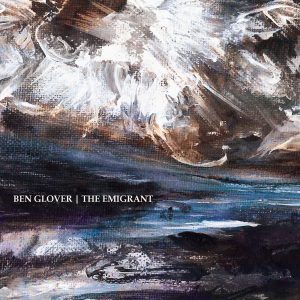 Ben Glover's new album, The Emigrant, has been extremely well received in the press and online with Acoustic Magazine describing it as "Soulful and thought provoking" whilst Folk Radio said "It’s a magnificent album and a substantial addition to the Irish emigrant canon that fully confirms Glover as one of the finest in the Americana genre."

You can read some of the highlights below and follow the links to read the full reviews.

"Soulful and thought provoking, the weaving of Irish roots and Americana is a winner." - Acoustic Magazine

“It’s a magnificent album and a substantial addition to the Irish emigrant canon that fully confirms Glover as one of the finest in the Americana genre.” – Folk Radio

“The Emigrant’s mix of traditional classics with outstanding new material provides a beautifully balanced mix – and widening both Glover’s appeal and potential market.
As Ben would say himself: For the dreamers, for the strangers, for the pilgrims.
We say for anyone who ever had a heart that’s yearned for home.” – Folk and Tumble

"a very impressive album, seamlessly melding traditional, old, not so old and new in service of the chosen themes... Never has the sound of longing been so uplifting" – Fatea

“THE EMIGRANT hooks in the listener and refuses to relinquish their attention until the task of extolling an imaginative experience is complete.” – Three Chords and the Truth

“an album that I can’t recommend highly enough.” – Rocking Magpie

“It is a tremendous sweep and should end up on the shores of many a top ten albums of 2016 list.” – No Depression

"With the arrival of The Emigrant, Ben Glover is a fully realized artist in the prime of his creative life. His singing is so full of feeling it's nearly primal; his songs resonate deep in the core. This album is Ben’s manifesto, and it's tragic and triumphant and brave." - Gretchen Peters

“Ben Glover has found his voice. The Emigrant is a fully realized record, a work of art. Ben has paid his dues, and it shows. I love this record” - Mary Gauthier

The Emigrant is available now from Propermusic, Amazon, iTunes, Spotify and all good record stores.