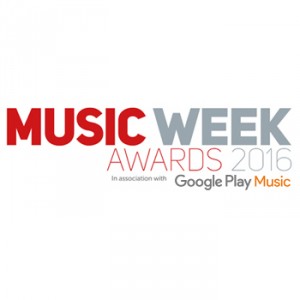 We’re delighted to have been nominated for a Music Week Award in the Independent Record Company category alongside labels including Bella Union, Marathon Artists, Play It Again Sam, Transgressive Records and Warp Records.

It’s been a great year for Proper with stand-out moments including our highest ever charting album in Richard Thompson’s Still and Gretchen Peters success with the album Blackbirds which reached number one in the country album chart and won her two awards at the inaugural AMA UK Awards. 2015 also saw Loudon Wainwright III winning a lifetime achievement at the BBC Radio 2 Folk Awards, Proper releasing Back To Basics, Bill Wyman’s first solo album in 33 years and Paul Brady entering the Irish Independent Album Chart at Number 1 and overall Irish album chart at number 4 with the Vicar St. Sessions Vol. 1.

This year’s Music Week Awards ceremony will take place at London’s Grosvenor Hotel on April 28 with the majority of winners being decided by a panel of over 100 senior executives from across the industry. Speaking about the awards, Music Week publisher Dave Roberts said “It’s been a banner year for the British music industry, and that’s reflected in the quality of the nominations. We’re looking forward to celebrating the best and the brightest on April 28 – and to seeing you there.”