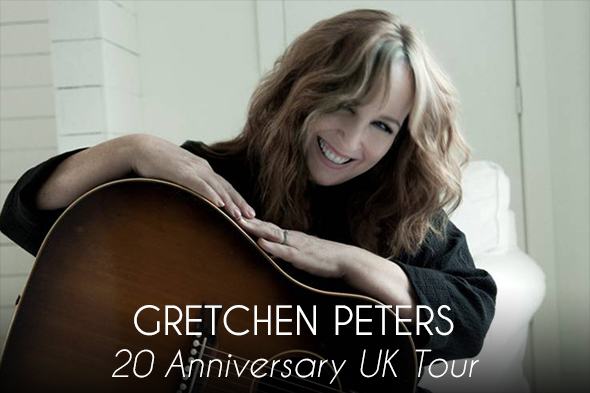 2016 will mark the 20th anniversary of the release of Gretchen Peters first album, The Secret Of Life, and her first UK tour. Since then Peters has released 8 studio albums, a live album and a best of and toured the UK numerous times winning fans across the country.

Gretchen will be celebrating with a 20th Anniversary UK Tour in early 2016, which kicks off at the Celtic Connections Festival on January 31st in Glasgow, Scotland. All the dates have now been announced (see below) and tickets are selling quickly, so don’t leave it too long if you’re planning on joining us!

On the tour Gretchen plans to do several requests at each show, especially for songs that haven’t been played in awhile. You can send her an email to let her know which songs you really want to hear.

Her forthcoming double-disc retrospective, The Essential Gretchen Peters (due for release on the 29th Jan 2016), will draw on all eight of her studio albums, plus demos, B-sides and other rarities.