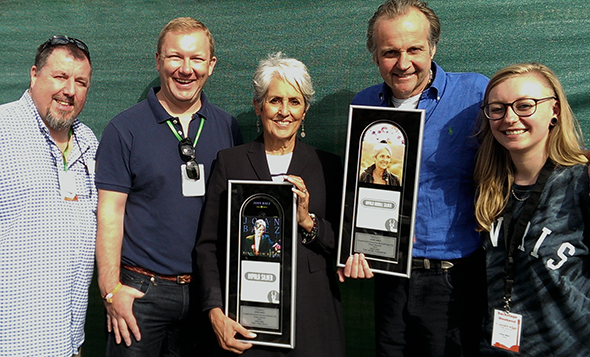 Ring Them Bells was recorded over two decades ago when Baez and her guests took over the Bottom Line cabaret in the heart of New York’s Greenwich Village, a watershed event in post-modern folk music. The album is available as an expanded edition double CD featuring six previously unreleased tracks not available on the original version.

Day After Tomorrow was recorded in Nashville and features an all-acoustic band consisting of Tim O’Brien, Darrell Scott, Viktor Krauss, Kenny Malone and Steve Earle. Speaking about the album back in 2008, Baez noted, “It’s been a long time since I’ve had an entire album of songs that speak to the essence of who I am in the same way as the songs that have been the enduring backbone of my repertoire for the past 50 years.”