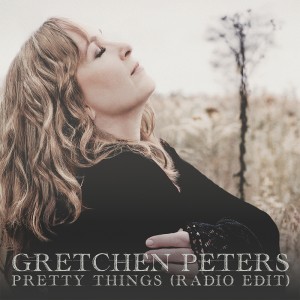 Ahead of her appearance at this weekends Cambridge Folk Festival, Gretchen Peters new single Pretty Things has been added to the BBC Radio 2 playlist. The song is taken from Gretchen’s latest album Blackbirds and was written with Ben Glover who also co-wrote several of the other tracks on the album.

Blackbirds was described as “a brilliantly crafted record” by Folk Radio on its release and entered the UK Country Album Chart at number one.

On iTunes the album is on sale for just £5.99 and includes four bonus tracks.