Richard Thompson’s new album Still has been receiving unanimous praise from reviewers both online and in print. The Independent have described it as “A brilliant, nigh-on faultless work” in their 5 star review, whilst the Sunday Express have called it “a shimmering gem of a record”.

You can read a selection of the reviews below.

“Still maintains the standards set by recent records with another great set of songs to add to his extraordinary catalogue. – Folk Radio

“Richard Thompson has proved once again that he is one of the most talented songwriters and guitarists of the last half century. Still.” – God Is In The TV ✫✫✫✫1/2

“Bold, proud and with an air of integrity and sophistication missing on so many late-career albums, this kind of LP is a rare beast indeed.” – Culture Fly ✫✫✫✫✫

“It’s got all of his (Thompson’s) hallmarks flowing throughout – wonderful guitar playing, some fantastically pithy lyrics – and is clear proof that there’s plenty of spark remaining.” – Drowned In Sound (7/10)

“Old folk-rocker still going strong… He is a master of the art, with very few equals in both technique and musicality.” – The Arts Desk ✫✫✫✫

“Richard Thompson has a long history of classic albums, and it surely can’t be long before Still is considered among the very best of them.” – Bright Young Folk

Still is available now from Propermusic.com, Amazon, iTunes, Google Play and all good record stores. You can also stream the album on Spotify, rDio and Deezer 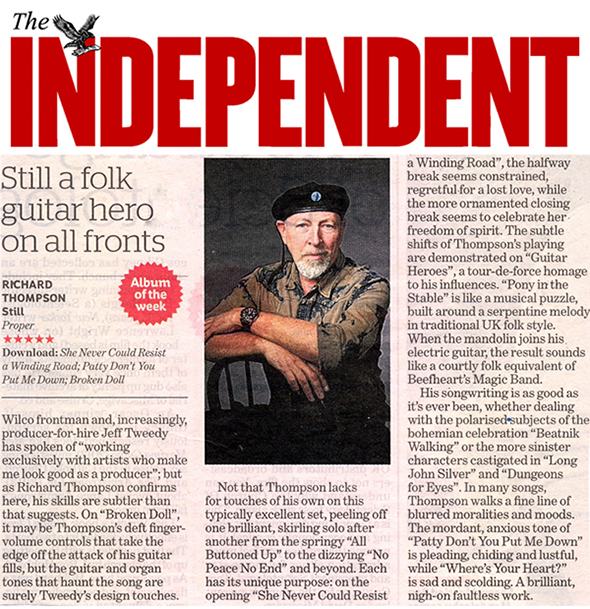 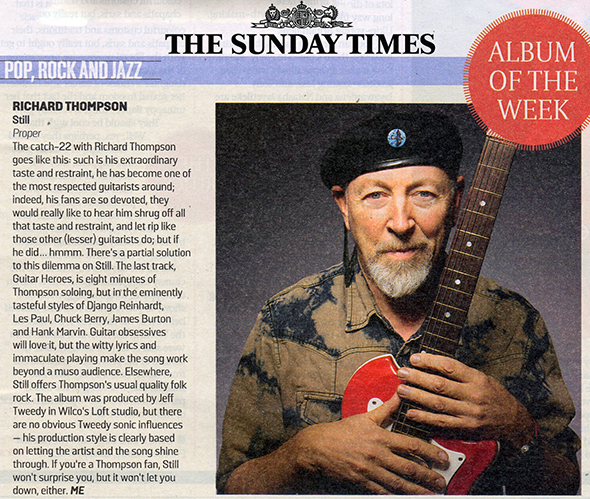 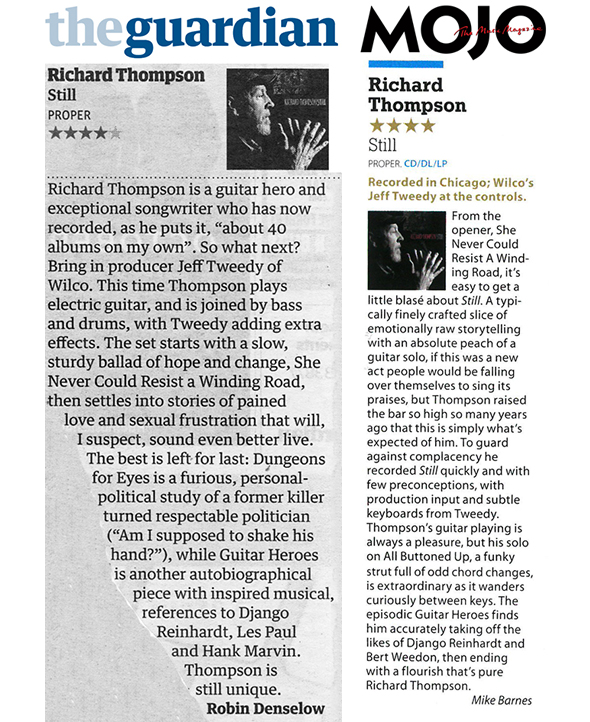