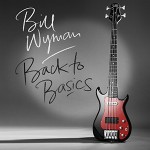 In this interview by Steve Blanknell for ME1 TV, Bill Wyman talks about life after leaving the Rolling Stones and his passions outside of music including photography, archeology, comedy etc. Wyman also discusses forming the Rhythm Kings and the musical freedom it gave him and the making of his latest solo album Back To Basics.

Back To Basics is available now from Propermusic.com, Amazon, iTunes, Google Play and all good record stores. You can also stream the new album on Spotify, rDio and Deezer.