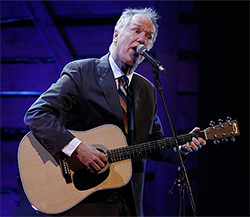 Loudon Wainwright III was honoured with a Lifetime Achievement award which was presented to him by Tom Robinson, he began his acceptance speech by saying “I feel like I should say something in Welsh, so, what’s new pussycat”. You can listen to Loudon’s speech in full on the BBC iPlayer from around 25 mins 40 seconds into the show, following the speech he performs ‘Double Lifetime’ and ‘I Knew Your Mother’.

If you missed the live broadcast on BBC Radio 2, you can listen to the full show on the BBC iPlayer or watch it on the BBC red button tonight from 7pm.

A selection of Loudon’s recent albums are currently on offer at Propermusic.com 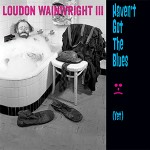 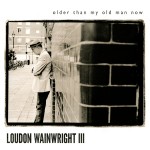 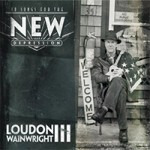