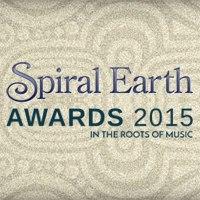 Congratulations to Gretchen Peters and Mary Gauthier who have both been nominated in the Spiral Earth Awards 2015 which celebrate the music featured on their site from January to December 2014.

Here’s what Spiral Earth says about the awards:
“These are the albums and artists that have stood out to us over the previous year. Awards can be tricky things to get right, we just boil it down to the albums we would grab if the house was on fire, the gigs that really blew us away and the artists that excited us about the music in new ways. The winners are all decided by public votes, which we have found works really well.”