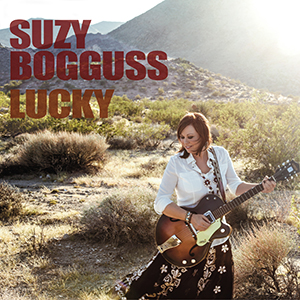 An accomplished artist and songwriter in her own right, Bogguss and her husband/co-producer Doug Crider were combing through songs to consider for her next project. Never one to hew to a particular style, having branched out into jazz, folk and swing sounds alongside traditional and modern country, Bogguss kept coming back to a set of songs that spoke to her… and they just happened to be by Haggard.

“He really is the poet of the common man,” says Bogguss of her album titled ‘Lucky’ and who kicked off her career with 1989’s ‘Somewhere Between’, her debut album named after one of Haggard’s early songs. “Not every artist has music that is as universal as Merle’s. It’s pretty heavy-duty stuff, and I think that’s why to so many of us who sing and write songs, he’s such a king among us.”

Bogguss dove deeper into Haggard’s catalog, taking care to hold on to that original vision of finding songs that resonated with her not just pulling out and recycling the hits. The result is an acoustic record with vibe.