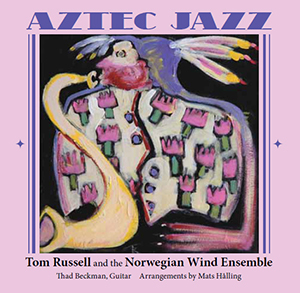 ‘Aztec Jazz’, the new album from Tom Russell is released by Proper Records on the 1st July. Years ago Russell and Dave Alvin, were tagged as the architects of what came to be known as “Americana” music, with their Merle Haggard tribute “Tulare Dust,” the record which initiated the Americana charts in America, and remained number one for a year. Aztec Jazz moves Americana into a new realm.

For over three decades and 28 album releases Tom Russell has continued to live up to his status as (re: Washington Post) “one of the greatest songwriters of our time.”