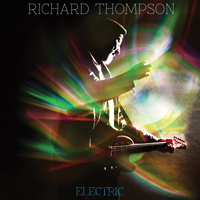 Congratulations to Richard Thompson whose new album ‘Electric’ shot straight into the UK album charts at No. 16 yesterday (the third highest new entry) and entered the Independent Album chart at No. 1.

If you’ve not heard it yet we’re streaming the album in full below for a short time. ‘Electric’ has received stunning reviews in the press and online, you can read a selection of the best here.

‘Electric’ is available now from Propermusic.com, Amazon.co.uk and iTunes.

Richard will be touring the UK from this Wednesday until the 10th March, find all of his upcoming tour dates below.

One thought on “Richard Thompson’s Electric enters UK album chart at No. 16”