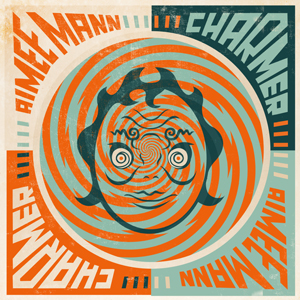 Aimee Mann’s new album Charmer comes out in just over a month. This new video for the title track is directed by Tom Scharpling and deals lightheartedly with the idea of fame and persona with Mann playing herself and Academy Award-nominated actress Laura Linney playing her robot double.

Aimee says of the new video:

“Even before I started making a record I knew I wanted Tom Scharpling to direct a video for it. I’d seen the videos he did for the New Pornographers, Ted Leo, Wild Flag, John Hodgman and The Ettes etc… I thought they were really well put together. He had an ability to extract a lot more from a video than the budget would usually indicate.

We talked about the song “Charmer,” how it was about people whose charm can become like a persona that then starts to block the person’s real self. I definitely wanted something lighthearted and his concept did the perfect job of skirting the line between funny and still acting a bit as a metaphor for the more serious bits that are in the song. He came up with the idea of having a robot stand-in for me in the video, a perfect replica I could send out to do tours and signings and what-not so the me of the video could stay home and do other things. It’s a funny idea because there really IS an element of having to having to craft a separate persona when you perform; you fight against it but it makes sense that it happens. I love this video concept because the idea completely falls apart when the robot double begins to do a better job than the original. Such are the pitfalls of relying on a persona! I think Scharpling did a great job, and honestly, it’s a rare experience for me to have complete confidence in a video director. But he has great and funny and interesting ideas, and knows how to make things happen.

The biggest surprise was having Laura Linney agree to play the robot double. I had met her at a show of mine in NY a few years ago and just took a huge chance and got in touch with her. It is very hard to ask someone so talented to be a part of something so ridiculous. The miracle was that she was not only willing to do it, she was available and in NY. It goes without saying that she was terrific, but that she could put up with the sort of no-budget, 100-degree-heat, shooting-in-filthy-warehouses shenanigans we put her through with such good humor practically qualifies her for sainthood.”

Charmer is available to buy now from Amazon, Propermusic.com and iTunes.