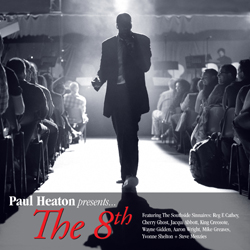 Starting today, The Guardian are streaming the new Paul Heaton album ‘Paul Heaton presents The 8th’ on their website.

As well as appearing on BBC Breakfast earlier in the week, Paul will also be on BBC6 Music’s Radcliffe & Maconie show today between 1 – 4pm.

Paul Heaton presents The 8th is available to pre-order now: