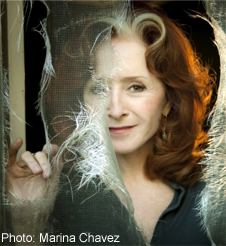 Yesterday it was announced that Bonnie Raitt will be receiving the Americana Lifetime Acheivement Award for Performance at this years annual Americana Honors & Awards ceremony which takes place in September. Previous recipients of the award have included Emmylou Harris, Wanda Jackson, Asleep at the Wheel, Jason & the Scorchers, Joe Ely, Alejandro Escovedo and Levon Helm amongst others. Bonnie will also be participating in the Artist Keynote Interview during the Americana Music Festival & Conference which will be hosted by NPR Music’s Ann Powers.

The 13th Annual Americana Music Festival & Conference, presented by Nissan, kicks off Wednesday, September 12 and runs through Saturday, September 15. The conference will offer daily seminars, panels and networking opportunities at the Downtown Nashville Sheraton Hotel and other select venues throughout the city. The week will culminate with the 11th Annual Americana Honors and Awards ceremony hosted by industry stalwart Jim Lauderdale and band leader Buddy Miller on Wednesday, September 12 at the historic Ryman Auditorium. The festival brings more than 100-stacked Americana showcases to venues throughout Music City.

Bonnie’s new album Slipstream is out now and available from Propermusic.com, iTunes and Amazon.