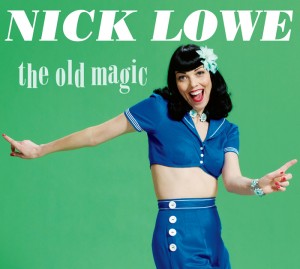 Nick says of Sensitive Man, “The song came about when I was reading Dream Boogie, Peter Guralnick’s book about Sam Cooke. I thought it was such a great book, and this song called “Sensitive Man” came almost fully formed after I read it. I put it away, I thought, “I can’t use it.” But I quite liked the basic lyrical idea, so I’d get it out of the box every so often, so to speak, and have a look at it. Eventually I changed it around quite a lot. It’s a really good title. I’m sure someone has done it, but I don’t know of another song with that title.”

You can find out more about the making of the video over on the NPR website.

Sensitive Man has also been featured as the soundtrack for an amusing Italian Nivea for Men advert featuring the players of AC Milan which can be seen here.