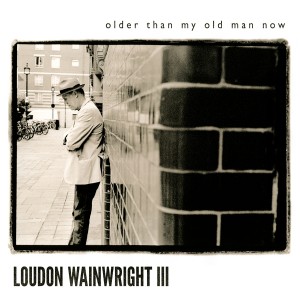 Watch the video below filmed during the recording of Loudon Wainwright’s new album ‘Older Than My Old Man Now’. The video features Loudon and Ramblin’ Jack Elliott in the studio running through ‘Double Lifetime’ (track 4 on the album).

Along with the recitation that introduces the new album’s title track, the opening line from Double Lifetime was also lifted from one of the notebooks that Loudon’s father used to carry around with him to write in.

Find out more about the new album ‘Older Than My Old Man Now’ and watch another video here.