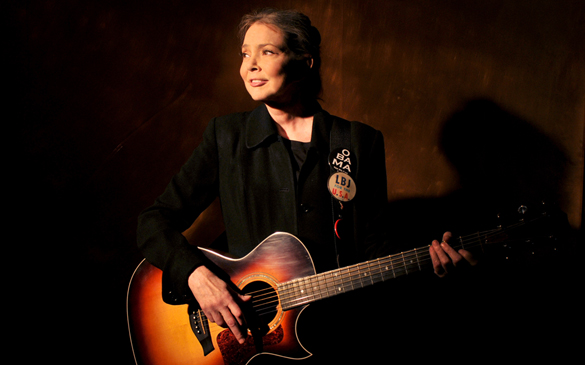 Nanci Griffith releases her brand new studio album ‘Intersection’ on the 20th February via Proper Records. “It’s emotional for me, and it’s personal, and it makes my heart pound, thinking I’m going to be totally exposed here,” says Nanci Griffith, the Grammy-winning singer-songwriter and Americana Music Association Lifetime Achievement Award winner. Intersection is not an album of resolution or closure; it’s an album about difficulties, about anger, about things that slip away and things that explode.

“I’ve had a hard life, and I write it down,” Griffith sings on the title track, and that line serves as a statement of fact and purpose, and as a gentler way to explain her near-shouted musical exclamation, “Hell no, I’m not alright.” Intersection is an examination of a particularly difficult time for Griffith, fraught with personal bust-ups, with family turmoil, with hard miles and tears and habits to break. “Sometimes making the best is doing the worst to yourself,” she sings here.

“At some point, you have to get it out,” she says. “I couldn’t walk around with the anger. I didn’t write these songs to punish anybody. I thought I wrote them to get these things off my chest. But now I’ve taken them on the road, and every night when I sing, ‘Hell no, I’m not alright,’ and I see my audience come to their feet, I understand exactly why I wrote this.” Listen to ‘Hell No (I’m Not Alright)’ below: